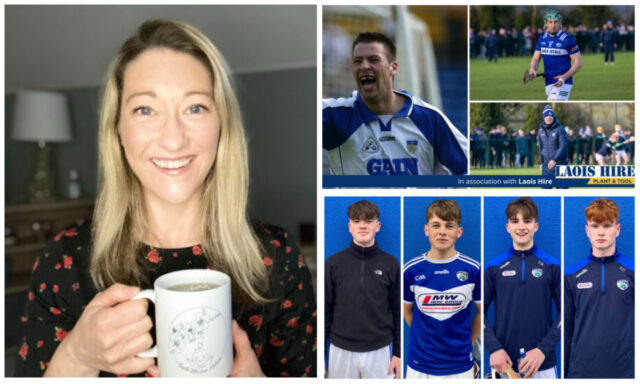 Killeshin and former Laois U-20 footballer, Ross Bolger, is trying to make it big in America as an American football kicker/punter with the help of Tadgh Leader at Leader Kicking.

Tadgh Leader is a former Connacht Rugby academy fly-half and played Rugby in America at Lindenwood University before singing for two separate teams in the Major League Rugby, which is a professional rugby union competition.

Laois minor hurling manager Damien Carter has confirmed his 35-player panel ahead of this year’s championship.

A total of 15 clubs are represented and The Harps lead the way with seven players.

Five Laois Junior ‘A’ football clubs have confirmed their managers for the 2023 season – and three of them are new.

The most high profile is Emo legend Paul Lawlor has replaced Andy Shortall in Annanough for 2023.

A Laois cafe has announced that it has closed following more than 11 years in business.

Rafters, which was located in the Laois Shopping Centre beside Tesco, confirmed the news on Facebook.

The Argos store in Portlaoise is set to close in early May, following an announcement by the company today that that they are shutting down their Irish operation.

It’s understood that Argos employ about 400 people across the country in their 34 shops, though a number of those have closed already in recent times.

There is deep sadness in Portlaoise this week following the passing of a Laois man who has been described as ‘an absolute gentleman’.

Dan Shanahan, the Waterford legend who is a coach/selector with the Laois senior hurlers this year, says there has been a great buzz in the camp.

The games continue to come thick and fast though – with a trip to Tullamore to play Offaly this Sunday.

The death has occurred of Tommy Dunne senior, a highly-regarded figure in the Laois GAA community and a well-known builder in Portarlington, Ballybrittas and surrounding areas.

Though living in Portarlington for a long number of years, Tommy was associated closely with the Courtwood GAA club.

9 – In Pictures: Kind-hearted Laois locals come together to free a swan tangled in fishing wire

A group of Laois people came together last week to free a swan that had become distressed in a lake.

The incident occurred on Thursday last week at the lake beside The Heath Golf Club.

Paula Byrne, the founder of The Mindful Cycle, is one of eight organisations to win a place on Social Entrepreneurs Ireland’s (SEI) Action Lab programme.

This three-month programme aims to accelerate social change through the power of people.