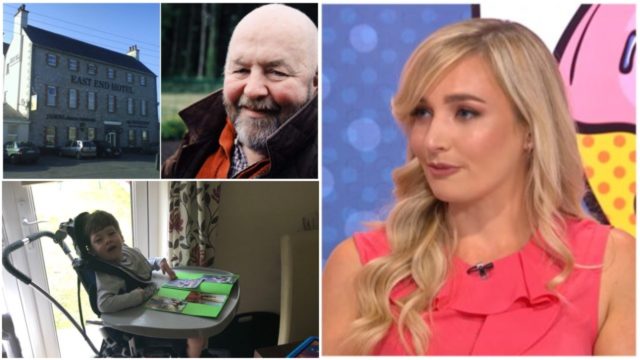 2. Sadness following passing of pioneering Portarlington hotelier who was before his time

A tribute to the late Ray Searson. May he Rest in Peace.

3. LIVE BLOG: Follow all the action as Portlaoise take on Ballylinan in SFC Round 1

The first game of the Laois SFC was a much-anticipated one, with Portlaoise continuing their winning streak within the county

4. Ranking our ten favorite Offaly people of all time

5. 16 young players to watch out for in the senior football championship

All of the clubs involved there are a number of impressive young players though who we reckon will make a mark this year.

The swimming pool at the Portlaoise Leisure Centre has re-opened to the public. However, some plumbing problems persist on the premises.

7. Laois publican thrilled with Lowry win a month after visit

8. Laois man at the heart of the action in West Cork

Bobby Blackwell ‘emigrated’ to West Cork forty years ago and today enjoys a special place in the heart of the action in the capital of that independent state, Clonakilty.

9. Gardai appeal for information following robbery of truck and digger in Portlaoise

Gardai are appealing for witnesses and the public assistance following an incident at Tullamoy, Stradbally

10. Laois mother raising funds in bid to grant her son inclusion in preschool