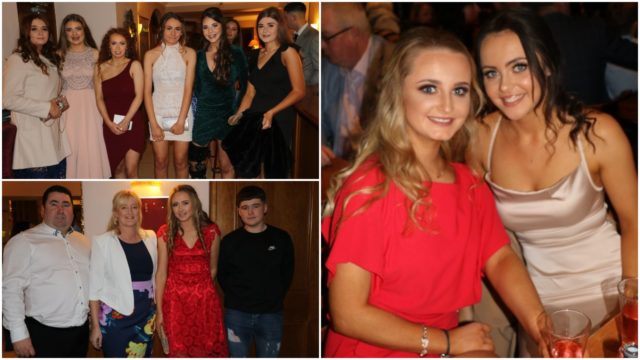 We said goodbye to the O’Loughlins as they move on to the next chapter.

2 – Seven Talking Points as Portlaoise win a crazy game in Aughrim
There were definitely more than seven talking points but we had to narrow it down!

3 – In Pictures: Laois camogie celebrate successful season in style
They traded the hurls and helmet for glitz and glamour.
4 – Revealed: Proposed opening date as works continue on new Supermacs plaza in Portlaoise
Supermac’s in Tougher won’t be long coming around.
5 – Death occurs of Bernie Daly, proprietor of popular Portlaoise tavern
The town mourned the loss of Bernie Daly.
6 – Laois club appoint All Star winner as new football manager
Killeshin snapped up a popular new manager.
7- Criminal Assets Bureau raid Laois premises as fake money, drugs and clothes recovered
Laois was among eight counties that had premises raided by members of the Criminal Assets Bureau
8- Laois businessman honoured at University of Limerick alumni awards
Laois businessman Mark Sheeran, Managing Director of Irish manufacturing firm CJ Sheeran was honoured for his contribution to Business.
9- In Pictures: All the style at stunning relaunch of The Heritage
The relaunch of The Heritage had the best style on show.
10 – Deep sadness as young Laois Civil Defence member is laid to rest
Tributes were paid to a member of Laois Civil Defence who passed away following a battle with illness.