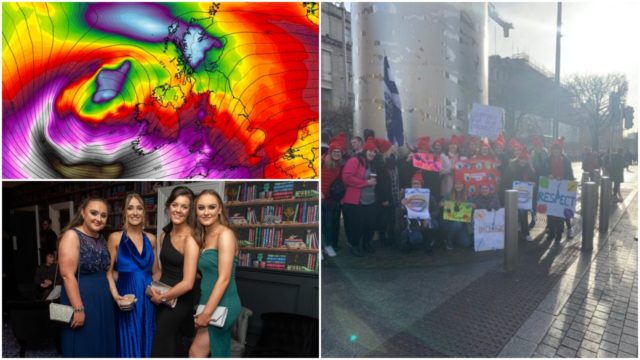 There was a disgusting incident of dumping in Laois last weekend.

A great win for the footballers!

3 – In Pictures: A fantastic night at the Clonaslee OsKaRs

Some stunning pictures from this night.

A Mass of Remembrance was held in honour of Laois woman Marie Pestel who passed away in England at the end of last year.

A great night was had as Colt GAA celebrated their Division 5 hurling success.

A storm is brewing and is set to hit Laois this weekend.

Neighbouring Laois clubs Ballinakill and Ballypickas have joined forces for the 2020 GAA season at juvenile level.

8 – In Pictures: Laois Early Years educators out in force as protest in Dublin gets underway

There was a strong Laois representation at the Early Years protest in Dublin as creche and playschool owners and staff from around the country took part in a march.

The death has occurred of Fr Jack Walsh, the former parish priest of Emo-Rath. He was aged in his early 90s.