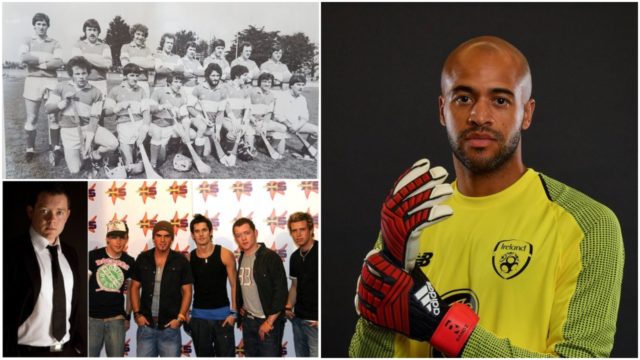 A total of nine people died in the Maryborough Centre in St Fintan’s and all but one of those tested positive for the virus.

Republic of Ireland international goalkeeper Darren Randolph has become the second high profile soccer player to make a donation towards the ‘Do It For Dan’ campaign. The West Ham footballer and Wicklow native donated €5,000 for little Dan Donoher.

4 – Looking Back: A point that never was from the 1995 Laois-Carlow battle that will never be forgotten

Even with the never-ending sagas of controversies that follow the main GAA events today, the saga that surrounded the unforgettable two-game drama between Laois and Carlow in 1995 still takes quite a bit of beating.

Owen Meagher, who is from Portlaoise, has teamed up with the people behind ‘MakePort’ to create face masks and face shields for nurses, doctors and healthcare workers – all for free.

This is a simple but an absolutely brilliant fundraising idea for little Dan Donoher – which has already raised almost €5,000.

7 – Laois Abroad: Meet the Portlaoise woman who has lived in Spain for the past 10 years

Meet Rebecca Fitzell! Rebecca has lived in Spain the past ten years and the Portlaoise native is the subject of our latest installment of our Laois Abroad series.

8 – Laois Hurling Memory: Offaly, the side netting and last-minute winner in 1981

There have been many heartbreak stories for the Laois hurlers over the years but the 1981 Leinster semi-final loss to Offaly in Croke Park has to be right up there as one of the worst.

He played everywhere from Buckingham Palace to Wembley Arena and was a rising star on the British music scene for a while. For Laois musician Damien Bowe it was a case of from Shanahoe to London and back again, with plenty of stories to tell from the experience of it all.

The death has occurred of Joe Conroy from Rosenallis, a man who made a lifetime contribution to the local GAA club and community. Fondly known as ‘The Barber’, he was a painter by trade. He was an ever-present at Rosenallis games over the years and held almost every position in the club at various stages.

SEE ALSO – Studying during Coronavirus: Heywood CS student on prepping for state exams in a pandemic