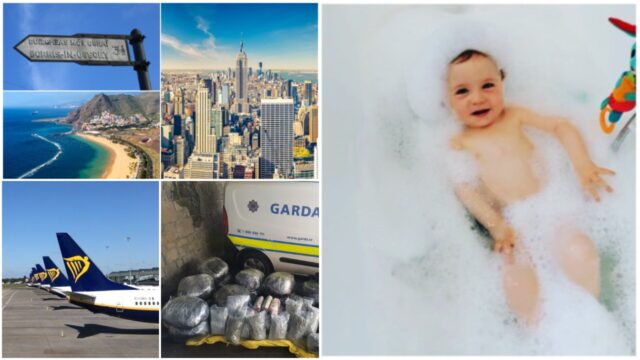 The ‘Do It For Dan’ committee confirmed the difficult news that unfortunately little Dan Donoher will not be making the trip to the US to receive the planned infusion of the drug Zolgensma.

Four men were arrested following a drug seizure worth almost €4million in the Raheen area of Laois between Portlaoise and Abbeyleix.

3 – Success in the Curragh as Laois trainer claims thrilling win

And a Laois trainer enjoyed the biggest success of his career to date in a thrilling handicap race.

A Laois County Councillor has suggested that a commercial airport should be constructed in Laois.

A Laois TD has welcomed the officially opening of a new post office premises in Rathdowney as ‘good news’.

Signposts of places in Laois have ended up in the Canary Islands and pubs in New York – so say two Laois County Councillors.

The vice-captain of the Laois Ladies minor football team has called for the Leinster championship to be reinstated.

Having been closed since March 15 due to the Coronavirus restrictions (three and a half months in total) Jeremiah Grants opened on Monday, June 29, in line with other similar establishments.

11 new social houses are set to be completed by the end of the year in Borris-In-Ossory.

Planning permission has been sought for the development of a doctor’s surgery at the old Miller’s Hardware off Bull Lane in the centre of Portlaoise.