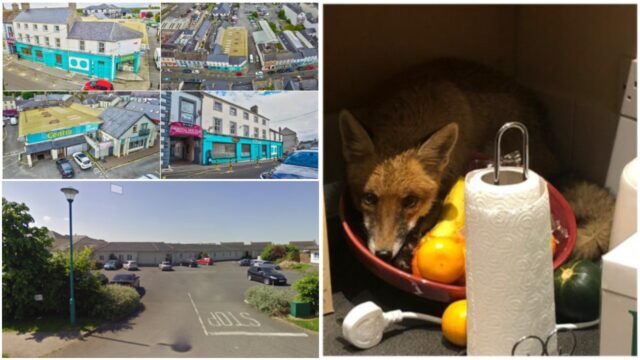 Last week, Gardai in Laois have made a number of seizures of cocaine, cannabis and sums of cash in a Laois village.

Clonaslee, along with Offaly towns Birr and Tullamore, were the locations that the seizures occurred.

It was also revealed that a further ten staff members had also tested positive.

Emo are through to the Laois SFC semi-final following their first knockout win over Portlaoise in almost 50 years.

The four-in-a-row champions were knocked out of the championship at the quarter-final stage as Emo kicked the last five points of the game to beat The Town in knockout football for the first time since 1972.

A portfolio of town centre properties in Portarlington has sold for €1,085,000 at a BidX1 online auction this week.

It comprised of a mix of retail, office and restaurant accommodation totalling almost 20,000 square foot and 0.5 acre car park.

There was deep sadness in Mountmellick following the passing of Sean Dowling.

Mr Dowling, who had been battling terminal cancer since the beginning of 2018, truly was a remarkable man and just last year, he raised thousands of euro for the the Tullamore Oncology Unit through a testimonial match that he organised.

In this Covid-19 filled world that we now inhabit – a bit of light relief is needed from time to time and a Laois woman has provided it from across the water.

The story of Freddie the fox and Mary Phelan gave us all a smile.

The results of the first ever National Maternity Experience Survey paint Portlaoise Hospital in a very good light.

Annually, there are 1,500 births in the maternity unit. The findings of the survey found that the overall satisfaction with care during pregnancy, labour and birth, and after birth compares very well against the national average.

Niall Corbet was the star of the show as he kicked 1-6 as Clonaslee avenged last year’s final defeat against Rosenallis to claim intermediate glory last Saturday evening in O’Moore Park.

However, that doesn’t even begin to tell the story of a game that simply had everything.

The Ballyfin footballers are through to their second successive, and ever, Laois senior football championship semi final following a two point win over The Heath.

Sean Moore was the difference as his display was absolutely outstanding from start to finish – ending the game with eight points and five of those from play.

Our latest team of the week caused plenty of debate as always.