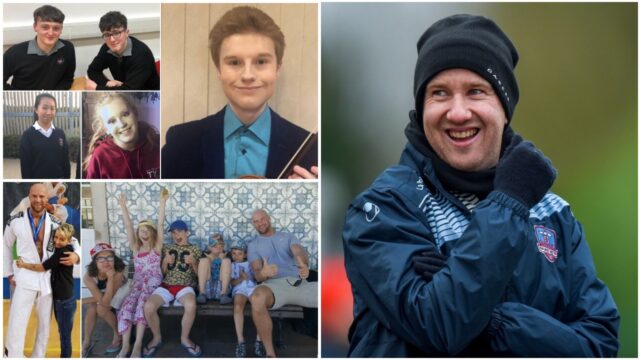 1 – Laois Gardai called to break up ‘game of soccer’

Gardai in Portlaoise were called to an area of Portlaoise on Saturday afternoon where a number of young people had allegedly been playing a game of soccer.

Under the current public health guidelines in relation to exercise, people may meet with people from one other household in outdoor settings when taking exercise.

No indoor or outdoor exercise group activities, including those involving children, should take place – so therefore the gathering was in violation of this.

Laois Gardai have launched an investigation after a man tried to gain entry to a house while impersonating a Garda.

LaoisToday understands that the incident occurred around 5.30pm on Tuesday.

It happened in the Kennel’s Cross – between Portarlington and Emo.

3 – Two arrested in Laois as groups travel from Waterford, Cork and Limerick for sulky race

Portlaoise Gardai made two arrests and issued 12 fixed charge penalty notices on Sunday after they stopped group of males who had travelled from Cork, Limerick and Waterford for a sulky race.

The group were stopped on the N77 Portlaoise to Abbeyleix Road.

“This is not essential travel,” said the Gardai in an update on Facebook.

Gardai in Laois were called to break up a house party involving around 40 young people at the weekend.

A total of six Laois students have been presented with prestigious Trinity College Entrance Exhibition Awards for their Leaving Cert results.

On Tuesday, we reported that Jodie Walsh, who hails from Portarlington and completed her Leaving Cert in Colaiste Iosagain in 2020, received an award.

And now five more, two from Portlaoise CBS, two from Scoil Chriost Ri and one from Mountrath Community School, have followed suit.

Three Laois housing estates have been ‘taken in charge’ by Laois County Council.

Gracefield Manor in Ballylinan, Millbrook in Portlaoise and numbers 90 to 102 in Aghnaharna Drive in Portlaoise were all confirmed at a recent meeting of Laois County Council.

The term ‘taking in charge’ means that the Local Authority assumes liability and responsibility for the roads, footpaths and public areas associated with a particular estate.

7 – Sadness at death of the highly-regarded John Miller

The death has occurred of John Miller, from Glenbawn outside Athy, a well-known and highly-regarded man on both sides of the Laois-Kildare border.

Aged 76, he passed away in Clover Lodge Nursing Home in Athy.

He is predeceased by his wife Mary (nee Carolan) and his brother Martin and mourned by his loving family – son John, daughter Catherine, daughter-in-law Yoomi, son-in-law Damien and grand-daughters Leona and Kayla.

There has been high praise for two Laois Gardai who’s swift actions ultimately saved a life.

Sergeant Ingrid Moore and Garda Michael Kenneally were on duty last week when they were alerted to a car driving erratically on the N77.

When they arrived, they found the car had sopped and the driver was unresponsive after seemingly falling into a diabetic coma.

A Laois woman’s Facebook driven appeal in a bid to save her partner’s life has touched many parts of the world.

After some tests, dad of five Kamil, who trained people in Brazilian Jiu Jitsu prior to his illness, was diagnosed with an acute myeloid leukaemia.

Shane Keegan, who has managed League of Ireland soccer teams Galway Utd and Wexford Youths and currently works with Dundalk FC, has been appointed as the new Rathdowney-Errill hurling manager for the 2021 season.

Keegan, who is from Rathdowney, was voted in by the club’s executive committee.

He will be joined on the management team by Eoin Fitzpatrick, a former club championship winner with the club, and Kevin ‘Rebel’ Power from Johnstown in Kilkenny, who played underage and senior with the county.