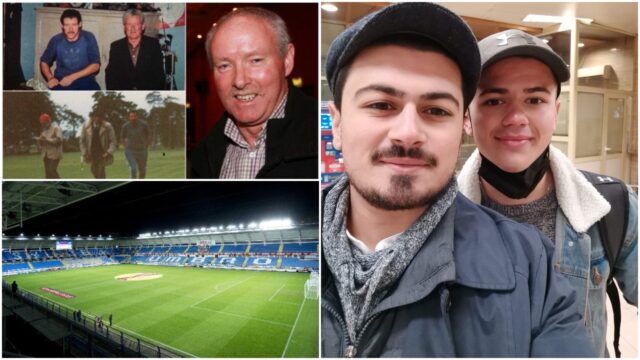 1 – Laois Abroad: Meet the brothers who traded The Heath for Bulgaria to follow their dreams

The fifth instalment of our Laois Abroad series for 2021 brought us the story of two brothers living in Eastern Europe.

Laois people that have featured on this segment have been based in places all over the world – but this is our first time to visit Bulgaria where we met Omar and Ali Rasool.

Gardai were dealing with a large gathering at a popular lake on Tuesday.

With the good weather, many gathered at Derryounce in Portarlington – an action which was in breach of Covid-19 regulations.

4 – From the LaoisToday Archives: Former Knockbeg College student is a millionaire in the Big Apple

A former Knockbeg College student, who packed up and moved to New York as a teenager, is now worth a staggering $40 million.

Illann Power (24) from Carlow, runs a venture capitalist fund where he is always looking for companies who he believes can be the next big thing.

A man, brandishing a knife, entered a filling station in Mountmellick around 6am.

He is believed to have fled the scene after noticing that a number of people were already in the shop, which is located on the Tullamore Road, at the time.

And now we have the full story of how that remarkable win came to be.

7 – EXCLUSIVE: Asian investors behind Laois Utd aim to ‘have European football within five years and in the Champions League by 2030’

To be playing European football within five years and in the Champions League by 2030 are the aims of the owners behind ambitious plans to bring a professional soccer team to Laois.

LaoisToday can exclusively reveal that plans for Laois Utd, which has considerable financial backing from multi-millionaire Asian investors, are at an advanced stage with an official announcement expected in the coming days…

A fourth business is set to start operating from the Togher National Business Park in Portlaoise.

The issue of the disposal of 3.04 hectares at the enterprise park to Mountmellick based company Midland Steel Reinforcement Supplies came before today’s virtual meeting of Laois County Council.

A Laois woman has hit out at the NCT’s system for rescheduling appointments after she has been hit with an extra charge as a positive Covid test is preventing her attendance.

Lisa Foley had her car tested a month ago and it failed because of a faulty light on her dashboard which she has since had repaired.

The Vicarstown native was due to have a visual examination of her car this week but her three-year-old son Luca tested positive for Covid-19.

On this week’s Property Watch, we looked at some of the homes currently for sale in Laois for around €400,000.

Portlaoise, Mountmellick and Abbeyleix all feature.