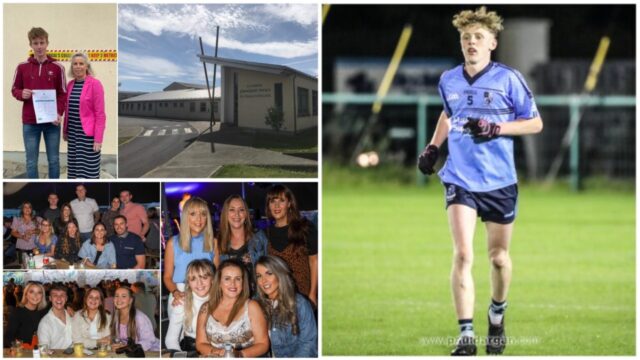 History has been made in St Fergal’s College in Rathdowney today as the school recorded its first ever 625 points result.

Darragh Hogan, who hails from Ballacolla, achieved the stunning result last week as the Leaving Cert results were revealed.

After more than 500 days of shut down, live music has finally returned to Laois in the last week.

We’ve had pictures from the gigs all week and these went down very well.

There is deep sadness in Portlaoise in the surrounding areas following the news of the tragic passing of Owen ‘Rake’ McDonald.

Mr McDonald, from Colliers Lane in Portlaoise, passed away on Monday September 6.

Owen worked as a prison officer in the Midlands in Portlaoise and he is deeply regretted by his loving parents Mick and Phyllis, wife Anne-Marie, cherished daughter and son, Aoibhe and Conor, sister Tina and brother Brian.

For a school to have one student get maximum points in the Leaving Cert is a big deal – but Scoil Chríost Rí in Portlaoise are celebrating four 625-pointers recently.

5 – In Pictures: Smash Hits! bring back the 90s grove with live performance in Portlaoise

Smash Hits! are a unique, entertaining tribute to the golden era of early 90s dance, pop and R‘n’B.

Portlaoise CBS have confirmed that eight of their boys have achieved more than 600 points.

There was deep sadness in Stradbally this week following news of the passing of Ted ‘Teddy’ Delaney.

Mr Delaney, of Kylebeg, Stradbally, in Laois, passed peacefully at his residence, surrounded by his loving family.

Teddy was from the famed Delaney family, known far and wide for their GAA exploits across multiple generations.

The first Team of the Week from the Round 1 SFC and IFC action from 2021 is here.

We had eight senior games, four intermediate games and a handful of Junior A games taking place over the weekend – and players from 13 clubs made the cut.

9 – Two Knockbeg students receive maximum 625 as Vicarstown trio get 1,800 points between them

Two Knockbeg College students have received the maximum amount of points in the 2021 Leaving Cert.

Meanwhile, three Vicarstown natives were also celebrating after bagging a seriously impressive 1,800 points between them.