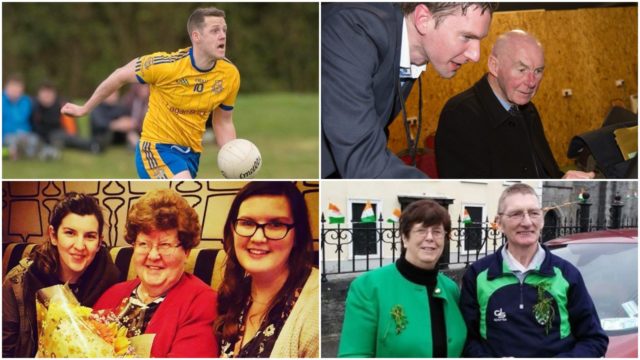 As one year ends and the next one begins, we often find ourselves looking back on the people we have lost.

Laois lost a number of great people over the last 12 months and below, we will remember some of them who featured on our site.

Our deepest sympathies go to their families and loved ones.

Laois was in a state of shock in January when the news emerged the St Joseph’s and Laois footballer Liam Kealy had passed away following a tragic accident in Cork.

There was deep sadness in the Emo community and beyond back in February following the death of Pat Brophy, the hugely popular and respected former chairman, manager and player of the local GAA club.

Aged only 60, Pat was the tough-as-nails centre-back on the Laois team that won the National Football League final in 1986.

The town of Portarlington was plunged into mourning in March following the sad passing of a brave young woman.

Rachel Flanagan, from St Michael’s Park, Portarlington, passed away surrounded by her loving family at the Mater Hospital Dublin.

There was widespread shock in March at the death of Linda Conroy (nee Lanham), Ballyroan and formerly Marian Avenue, Portlaoise following a short illness.

Linda passed away peacefully surrounded by her loving family in the Midlands Regional Hospital, Portlaoise. 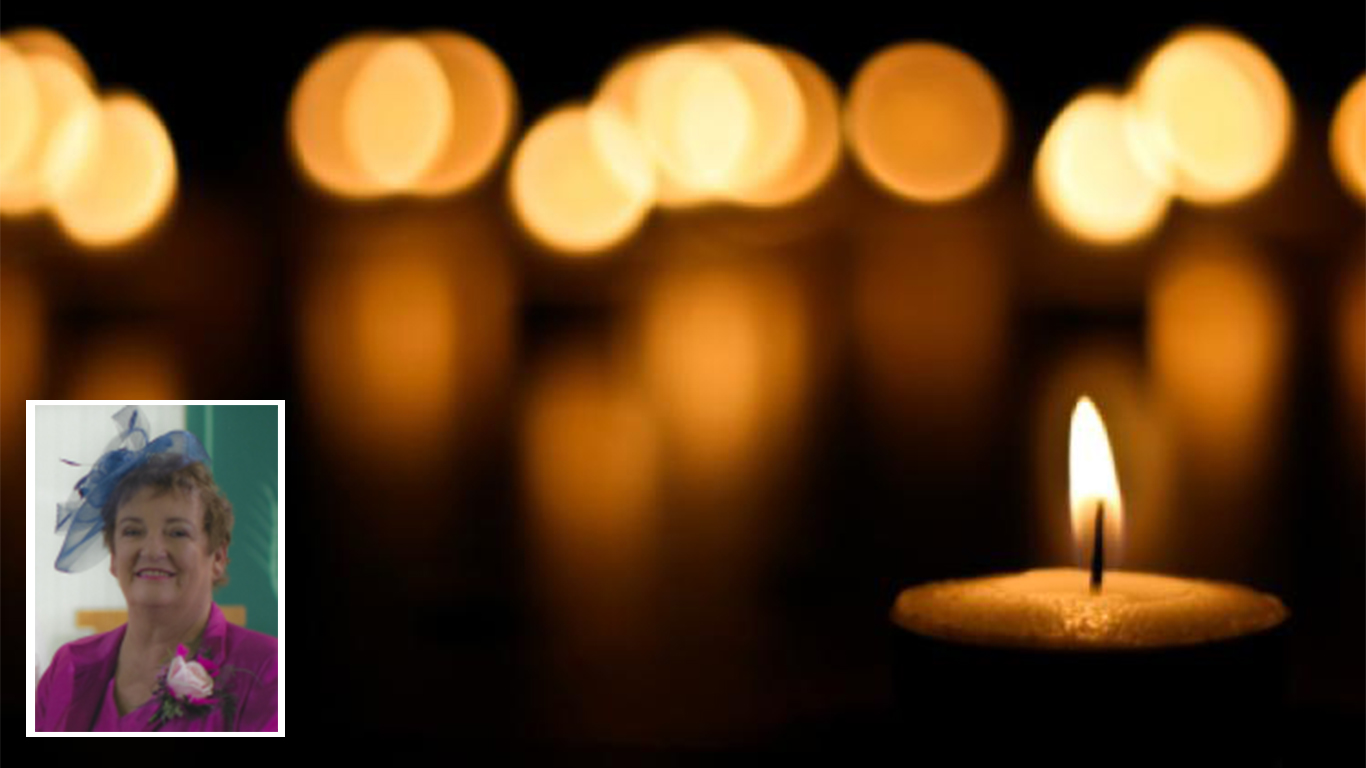 The community of Timahoe was hit by the sad death of Doris Lalor, less than a year after her husband Dan passed away.

Doris passed away peacefully at Midlands Regional Hospital in Portlaoise.

Michael (Mick) Mooney, Ashfield, Ballickmoyler, Co Laois, who passed away peacefully at his home, surrounded by his loving family, on Monday, March 19 had been in failing health since October of last year.

The Funeral Mass of Mick, who was born on July 20th, 1933 at Sidegate, Moneenroe in Co Kilkenny, took place in the Sacred Heart Church, Arles on Wednesday morning, March 21.

He was remembered in a lovely eulogy by his son.

The death occurred of James (Jim) Crean senior, owner of the well-known family pub in Vicarstown in April.

Jim, who was originally from Wexford, and his wife Eucharia (Carrie) bought the pub in Vicarstown in the early 1970s when they moved from Dublin with their young family.

There was deep sadness in local political circles and beyond in April with the news of the death of Laois County Councillor Jerry Lodge.

Mr Lodge, who was one of Fianna Fail’s longest-serving elected representatives in the country, passed away in hospital after falling ill.

Aged in his 70s, he was first elected to Portlaoise Town Commission in 1967 and he celebrated 50 years as a public representative last year.

One of Portlaoise’s best-known businessmen Pat Miller passed away in June.

Pat, who only turned 70 this year, was the owner of Miller’s Hardware on Coliseum Lane, the long-standing shop which closed in 2017.

He had been in ill health and passed away after a spell in hospital.

There was sadness in Emo and surrounding areas in August following the death of Anne Moore after an illness.

Anne was extremely well known and liked in Emo and Portlaoise. “She was a very popular lady who had a word for everyone,” said local councillor Tom Mulhall.

“Her late husband Paddy was known far and wide through his involvement in Question Times in the 70s and 80s and appeared on national television a couple of times. She’ll be sadly missed.”

Sean Brophy, who was 85-years-old, was from Knockanina and late of Woodbrook, Mountrath.

Sean was a long-serving playing member of Mountrath GAA Club, and formerly played for Cuddagh – an amalgamation of Castletown and Mountrath GAA teams.

Sean Brophy Hurley Maker is an international brand that supplies hurls to all corners of the globe.

May he Rest in Peace

There was sadness in Mountrath Golf Club and the local community in Ballybrophy near Borris-in-Ossory following the death of Carol Sinnott following a short illness.

Carol was the Lady Captain in Mountrath Golf Club and a very active and popular member.

Originally from Inchicore in Dublin, she lived in Ballybrophy. She passed away in Milford Hospice in Limerick.

The village of Stradbally was in deep mourning in September with the sad news that one of its most popular sons had passed away.

Michael ‘Mick’ Mulhare was the President of Stradbally GAA club and his loss continues to be felt by everyone in the community.

There was deep sadness in October as the founder of the Electric Picnic passed away.

John Reynolds, who was behind the festival the has become the most popular in Ireland, died suddenly at his home in Dublin.

There was deep sadness in Durrow in November with the news that a long-serving hotelier had passed away.

Joseph Murphy, who was in his 95th year, passed away surrounded by his loving wife Carmel and family.

George Patrick Dobson, from Portlaoise, passed away unexpectedly at the Midlands Regional Hospital.

George, who is believed to have been aged in his 70s, was well known all over the county.

He would frequently be seen travelling around on his scooter and was known to pop up at a range of events.

Aidan Kennedy was an absolute giant of community life in Ballinakill.

He was postmaster in the village for over 50 years, secretary of the Ballinakill GAA club for more than 40 years, a member of the church choir and the man who called the bingo numbers for generations.

A community activist to the last, he was also visible at the Abbeyleix meeting of the Save Portlaoise Hospital campaign last year. Aged 81, he died at home expectantly in November.

There was deep sadness in Stradbally in November as one of its much loved sons has passed away.

Bill Deegan, who was involved in every fibre of life in the Little Town, died peacefully.

Bill was an absolute gentleman who touched the lives of many people in the Little Town and further afield.

Liam Linden, a well-known business man in Laois who left a deep imprint in business, GAA, golf and charity circles, passed away in December. 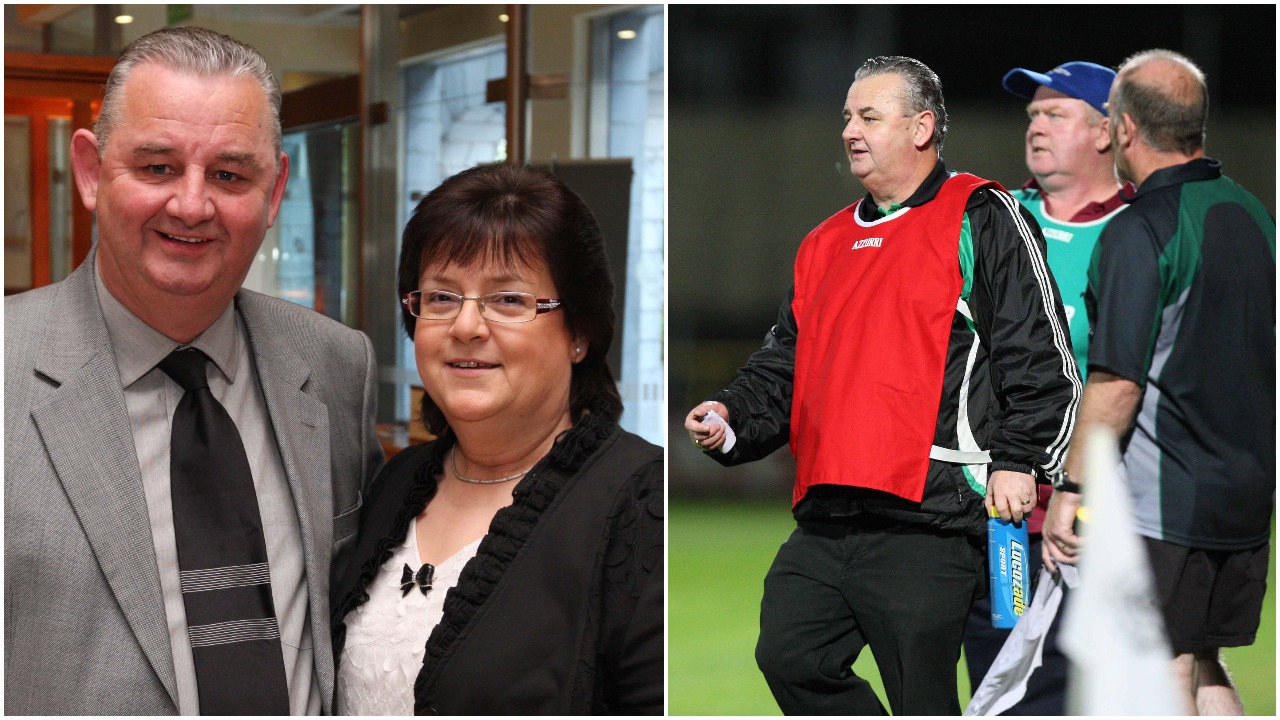