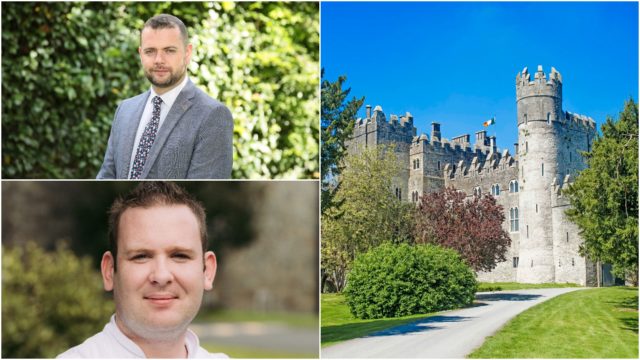 A week full of excitement as we saw both county finals and maths awards won. Below we have the top 10 stories of the past week.

Both games in O’Moore park last Sunday had everyone on the edge of their seats, both Emo-Courtwood and Portlaoise only winning out by a point.

The new Laois minor football manager has been revealed during the week, as well as some members of the management team for the Seniors

Portlaoise native Eoin Fingleton passed away last week but will always be remembered by his students, teammates, family and friends.

4. Sadness in Portlaoise and beyond at death of Kevin Culleton in Spain.

Many are left in both shock and disbelief as the tragic news of Kevin Culleton’s death becomes known.

The Dunnes of Clonaslee will be on our screens come Sunday night, taking on the challenge of setting a Dublin wild-child on the straight and narrow.

Hospitality professionals Cavan Dunne and David McKane are all set to join the team in Kilkea Castle.

Despite Killeshin giving their all, there was no stopping The Town last Sunday in their bid to claim three in a row.

8. From the TV screen to O’Moore Park glory – 2019 is a year this Laois teenager will never forget

From winning county finals to becoming a local celebrity, 2019 is turning out to be some year for Ryan Burke!

9. After 54 years a new Garda HQ complex confirmed for Portlaoise

A new complex confirmed for the Gardaí in Portlaoise. Very positive news as many felt the upgrade of the building was well overdue.

Frank Flanagan was honoured earlier in the week with the ‘Hamilton’ award for his brilliant efforts in maths.