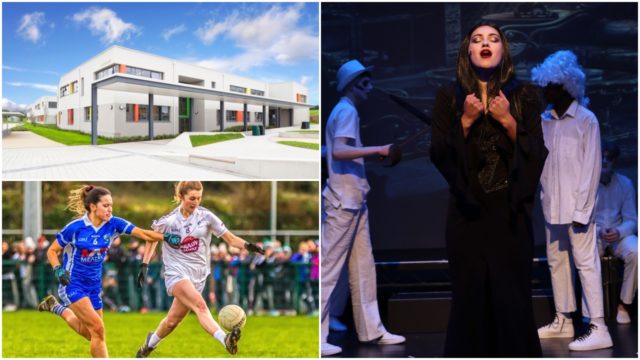 Next up, it is Portlaoise native and Scoil Chriost Ri student Julia Cahill.

When the school first closed I struggled to get into a daily routine. I’m a person who’s really easily distracted and without the confinement of a classroom I always find myself drifting towards my phone, but getting into a set routine has definitely made all the difference in managing my workload.

Before the Easter break, I was getting up at around 10.30am in the morning, having breakfast and getting straight into whatever work I’d been set for that day. I was getting a lot of work from all my different subjects and I was finding it very tough to manage them all day by day. Thankfully most of them have stopped assigning work throughout Easter and I can focus on my own study.

Now I get up at 10am, start studying at 10.30am and have a set study plan for each week. I take a few study breaks in which I grab something to eat and read a bit of a book. I’d continue working until about 5pm and then I try to get some sort of exercise in.

If my football team doesn’t have anything scheduled for us I’d go outside with my dog or play some basketball with my brother. At about 8 or 9 pm I do some college prep and I go to sleep around 12. Of course I allow for break days too at the weekend where I just relax by reading or watching Netflix and Disney Plus.

I go to Scoil Chríost Rí Portlaoise and I honestly can’t praise them enough for the way they’ve handled this unprecedented situation. Most of my teachers have set schedules and are constantly online and available on platforms like Edmodo and Microsoft Teams to communicate with and ask them questions.

While they set work and give deadlines, every single one of them have been so understanding of how stressful the situation is for us Leaving Cert students and have assured me that as long as I’m working and doing my best to keep up to date with things that they’re happy with me.

My year head Ms. Griffin is a saint, through our year group on edmodo she constantly interacts with us and encourages us with inspiring quotes and valuable information.

Our guidance counselor has been fantastic too, constantly keeping us updated with exam information and offering support to anyone who needs help. I could go on individually praising everyone but I’d be here for ever!

Both my county minor and club senior teams have supplied me with (tough!) running and strength and conditioning programmes. On the days that I don’t do any running or workout I still get out for some fresh air as I find myself feeling really down and hard on myself when I don’t get out at all.

It’s really hard to get motivation sometimes but luckily the senior ladies at Portlaoise are unreal for keeping each other motivated through our WhatsApp group chat! We’re constantly challenging each other to beat each other’s times and to attempt different challenges. Without their encouragement I definitely wouldn’t have the motivation to do as much exercise as I am at the minute. 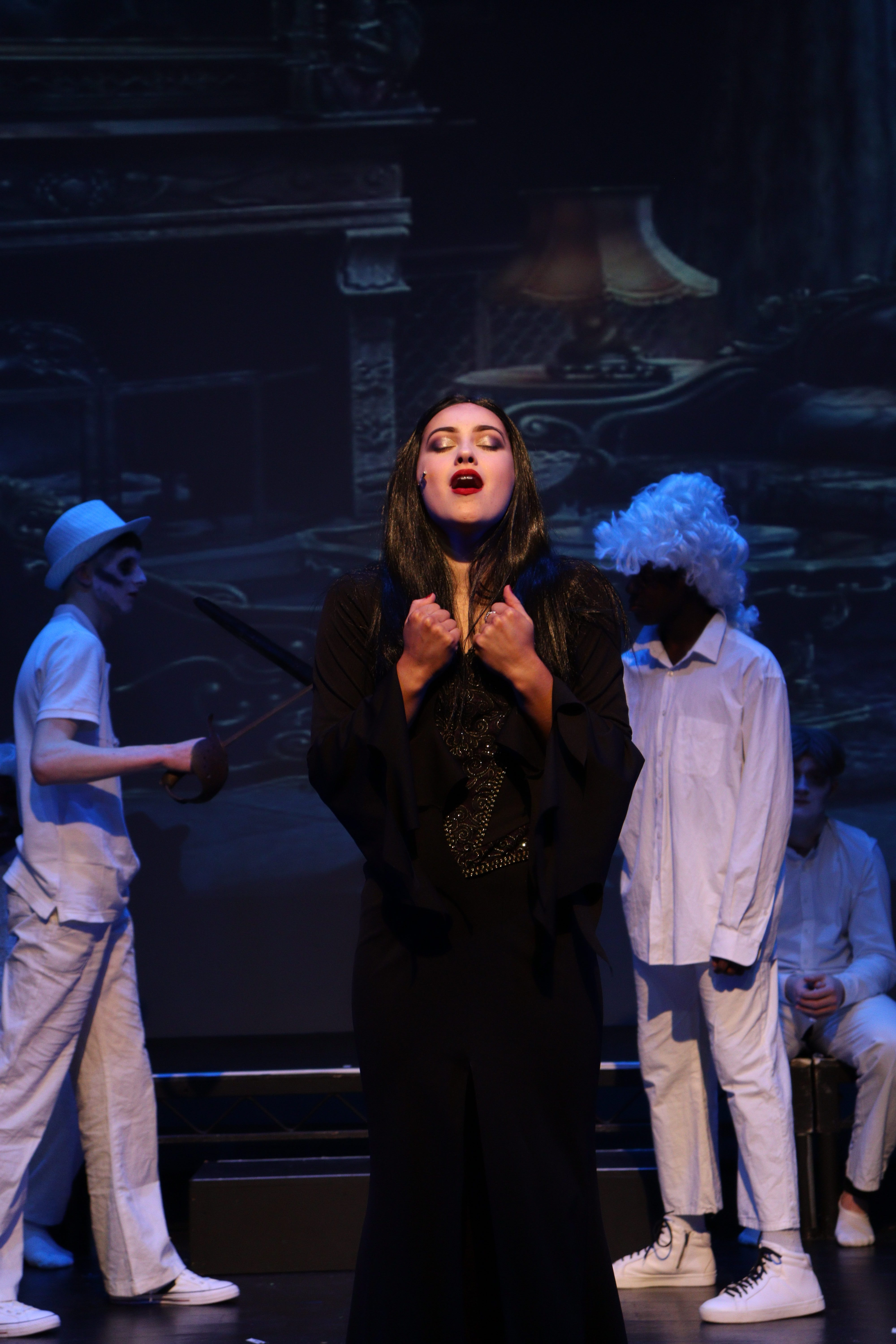 I’m honestly raging about this but I understand that the decision was taken in order to alleviate stress from a lot of students. I went to a Gaelscoil in primary so my spoken Irish is really good, and my spoken French is also my strongest part of the subject, so as you can imagine the orals in both Irish and French would’ve given a huge boost to my grade.

I think being able to hold a conversation in a language is the most important aspect of fluency so eliminating this crucial factor from the subjects isn’t a fair test of language capability. Giving everyone 100% is only going to even out the results, meaning that the written exams will probably be marked a lot tougher.

The Leaving Cert system only allows for a certain amount of each grade so if everyone has full oral marks going in, the higher grades are going to be much harder to achieve. But then again fitting the orals in while sticking to health and safety guidelines at the minute would have been next to impossible, so we’re all just going to have to play the cards we’ve been dealt.

Finding motivation is one of the biggest challenges for me at the moment. Before Friday, when the Minister for Education announced that the exams would be pushed back to late July or early August, there was so much uncertainty with regards to what would actually happen.

I suppose the decision to postpone them was the most practical and fairest option to take, but it’s annoying that the pressure of such a stressful exam is dragged out for even longer. I personally don’t think I would’ve been ready to sit the exams in June so I’m trying to look at the extra weeks of study as a positive and to make the most out of them.

While I don’t get to see my friends in person, we certainly still interact with each other. My Snapchat group chats are full of memes, Leaving Cert rants and throwbacks to the days of freedom. We’re currently all living off TikTok and every second day someone tries to go viral on the app.

Group Facetimes are a real gem and provide lots of laughs and some much needed interaction. However while I’m really thankful for technology allowing me to keep in contact with my friends, my family and my boyfriend, I’m really starting to miss being with everyone in person and can’t wait to see them again 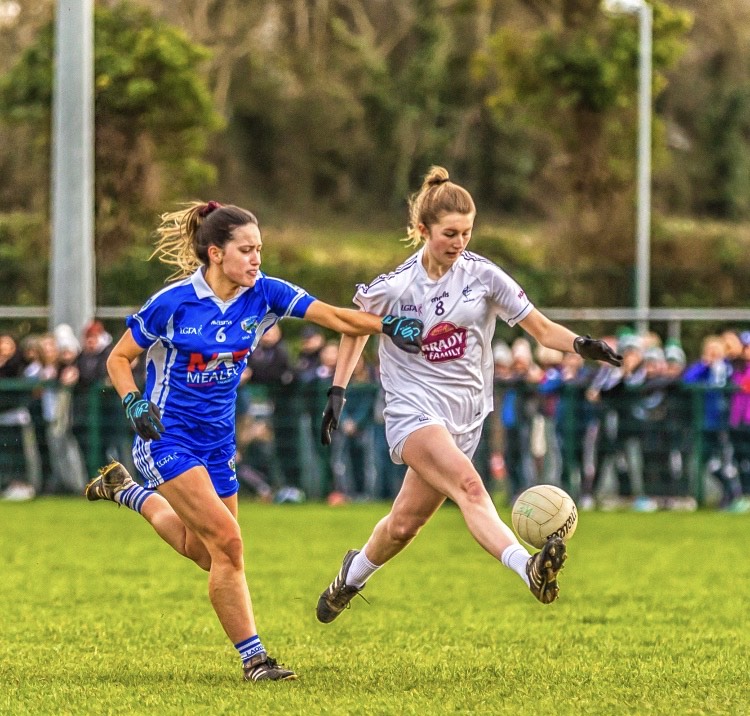 I have seen a few posts highlighting how young people are ignoring government guidelines on social distancing. I suppose a lot of young people might think they’re invincible without realizing the danger they could be losing to others.

But I don’t agree that it’s fair to say that young people are the ones not following guidelines. You won’t find any young people with a hoard of toilet paper or hand sanitizer in their room. We’re not the ones panic buying in supermarkets or bringing our whole family to public parks.

We all saw the videos of Temple Bar being packed before the pubs closed, none of those were teenagers. I have heard some awful stories about teenagers but you can’t categorize a whole group of people from a few bad representatives. At the end of the day we are all equally responsible for how we handle this virus and both teenagers and adults alike are going to have to cop on and think of more vulnerable people who are at risk.

If this pandemic continues and exams aren’t able to take place on the postponed date I think it would be time to introduce a system such as predicted grades. It would be cruel to keep that stress looming over students’ heads for any longer.

The fairest way to do it would be that students get a predicted grade based on past exams and teachers’ opinions. Students should be able to see this grade and if they aren’t happy or think they can do better, an exam should be facilitated for them at a later stage. That way everybody’s needs and preferences are looked after.

While this is obviously not an ideal situation for students to be in, we all need to have some perspective on the situation and understand that while our best interests are trying to be accommodated for, the lives of the most vulnerable people in our society is what matters most currently.

Our education is extremely important but at the end of the day if my Leaving Cert being postponed will save lives then I’m perfectly okay with that decision.

SEE ALSO – Feargus Dunne: ‘It’s true what they say. Those small moments are the big moments.’