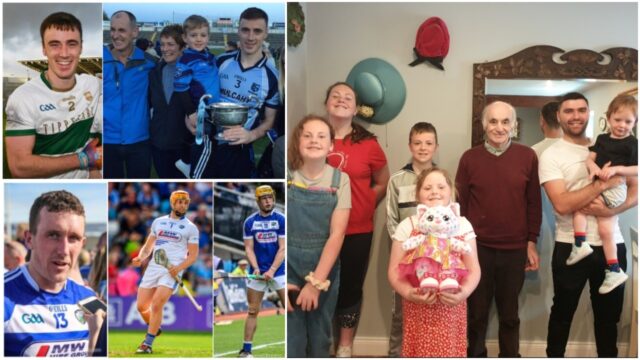 ‘Don’t it always seem to go, that you don’t know what you got ’til it’s gone’.

That line is from ‘Big Yellow Taxi’ by the Counting Crows and it is also a phrase that one Laois hurler has used to describe how he feels in the wake of the departure of Eddie Brennan.

A number of Laois pubs were found to be ‘non compliant with Covid-19 regulations’ last weekend.

Laois Gardai confirmed this after they visited several in on the spot checks on Saturday night.

While they did not specify the number involved, LaoisToday understands that breaches were found in as many as five throughout the county – in both rural and urban areas.

We profiled 15 names that could be in the mix to replace Eddie Brennan.

Some high-profile, some internal, some left-field and some who are currently in roles that would more than likely rule them out.

Several members of the emergency services sprang into action last weekend to save an elderly man who got into difficulty while out walking.

The man, aged in his 80s, is believed to have collapsed while out walking in Monicknew Wood in the Slieve Bloom Mountains.

The Tipperary player wearing the same Number 2 worn by Michael Hogan was Alan Campbell from the Moyle Rovers club.

Alan’s mother is Patty Brennan from Ratheniska, a family that have contributed hugely to GAA in Laois.

6 – Talking Sport Podcast: Eddie Brennan steps away, Mark Kavanagh reaction and what next for Laois hurling

Laois hurler Mark Kavanagh joined us on the line to chat about Eddie Brennan’s decision to step away as manager.

The Rathdowney-Errill man discusses the highs of the 2020 campaign, his hope that Brennan would stay on and why Laois GAA need to get the right man in charge for the 2021 season.

There are few days in Laois GAA history that stand out as much – and it’s for all the wrong reasons.

A Laois man, who opened up about his 22-year battle with depression back in May, has gone on to help many people since.

Mark Condron, 39, from Ballycarroll outside Stradbally, went public on his own struggle back in May.

A Laois man living in Australia has launched an appeal to be reunited with his long lost sister.

10 – WATCH: Laois grandad who defeated cancer and Covid can recite every All-Ireland winner since 1942

This is just incredible – we reckon we’ve found our own rival to the ultimate Memory Man Jimmy Magee.

A Laois man’s love of GAA is so strong that he can recite all of the All-Ireland football winners from the year he was born.

Mick Lawlor, who was born in Clonaghadoo but has lived all his life in Mountmellick, stars in a brilliant Facebook video posted by his daughter Helen.