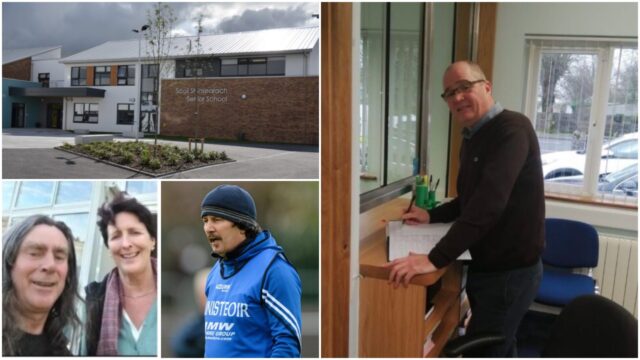 Tributes have flooded in following the news that a long serving Laois Garda is set to retire.

Garda Micheal Hurley has signed off for the last time at Ballylinan Garda station after 30 years of service in An Garda Síochána.

Holy Family Senior School in Portlaoise is to shut its doors today and will not reopen until January 6 2021 due to Covid-19 cases.

In a message sent to parents on Thursday afternoon, principal Roisin Brennan and Deputy Principal Dermot O’Connor informed them of the move that will impact students from third class upwards.

Seamas ‘Cheddar’ Plunkett is set to return as Laois senior hurling manager, with his appointment to be confirmed in the coming days.

A former Mayo footballer has been named as the new manager of a GAA club on the Laois-Kildare border.

Conor Mortimer will take charge of Monasterevan for the 2021 season.

A former Laois senior football manager has been appointed as boss of a club in Dublin.

6 – Moment in Time: 20 years on from the final curtain call for the old Portlaoise cinema

It’s amazing what you can find in Alf Harvey’s wonderful archives.

And the latest trip down memory lane brings us back to this time 20 years ago when the old cinema on Coliseum Lane in Portlaoise closed its doors for the final time.

The psychological thriller ‘Kindred’, directed Joseph Marcantonio, was shot in 2019 – with the bulk of the filming done on the grounds of the Electric Picnic in Stradbally.

Portlaoise lead the way with eight representatives while Graiguecullen with four are next ahead of Ballyroan-Abbey and St Joseph’s who have three each.

Planning permission has been sought for the development of a quarry at Garrons near Stradbally, something that has led to concern among a number of local residents in the area.

Pat Booth has applied to Laois County Council for quarry activities within a 12.8 hectare site for “the extraction and processing of sand and gravel, on site processing of the material to include extraction, washing, sizing, screening and stockpiling and intermittent crushing of oversized aggregate material”.

If you’re hoping to catch Christmas mass this year in Portlaoise parish you’ll have to be sharp about it and get your ticket.

Starting from this weekend’s masses you can book your ticket online. There is no charge to attend.