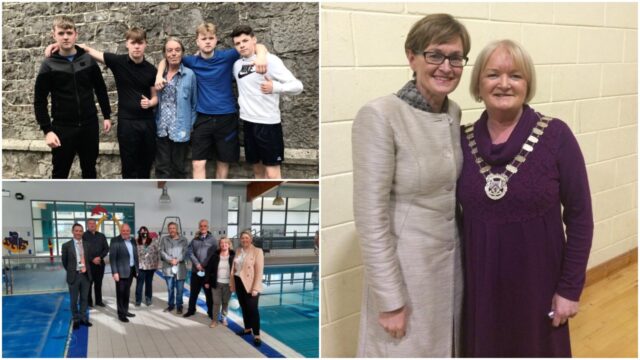 Four young Laois travellers are behind a documentary which is making a big impression in London.

A delegation of Laois County Councillors met with the new manager of Portlaoise Leisure Centre on Tuesday where the extent of the required improvement works were revealed.

History was made in Lao recently when a Portarlington hurling team defeated Clough-Ballacolla to win a championship.

The U-15 ‘B’ final came down between two teams from opposite sides of the county – and the winners may comes as a surprise to some – but not to Eddie Downey.

Round 3 of the Laois hurling championships has come to an end and another Team of the Week is here.

A total of ten clubs are represented this week.

Residents along a rural Laois road are ‘terrified’ following a ‘number of near misses involving HGVs’, a meeting in Laois has heard.

The matter was brought to the attention of the Borris-In-Ossory-Mountmellick Municipal District by Fine Gael’s Conor Bergin.

26 new homes are on their way to Stradbally – but only after a fierce debate and a vote at this week’s Laois County Council meeting.

These are part of a new housing estate called Carrig Glass which will eventually be home to 62 properties.

Carrig Glass is an area of land located at the back of Court Square, in between Oakglen and the playground.

Opel will have a presence in Laois again later this year with the news that husband-and-wife team Michael and Aimee Cummins will take charge of the dealership in a showroom on the Timahoe Road in Portlaoise.

Having operated as MC Automotive with a second-hand car business for the past 12 years, Michael and Aimee have recently been appointed to the Opel Dealer Network.

They are now trading as Cummins Motor Group and their association with Opel will see the car brand return to Laois for the first time since Lewis Opel on the Mountrath Road closed.

A Laois woman will bid to win a seat in the Northern Ireland Assembly elections next year after being selected by the SDLP to run for the party in the South Belfast constituency.

Elsie Trainor (nee McLoughlin) from Jamestown near Ballybrittas was announced at the party’s virtual convention this week as one of the party’s two candidates to run in next May’s election.

Ms Trainor lives in Belfast with her husband and three children and is a marketing and communications professional.

After Covid-19 meant there was no ‘long puck’competition in 2020, Cooley Mountains in Louth was the venue.

Competitors must puck a sliotar with a hurl – they may lift and strike or hit the ball from the hand – and the whole course measures over 5km.

Her decision to call time brings to an end a distinguished local political career that was conducted in good humour and good grace over the past 22 years.

The Fine Gael councillor from Ballyroan, who served in the Portlaoise Municipal District, was first elected in 1999 and comfortably regained her seat in each of the subsequent elections.