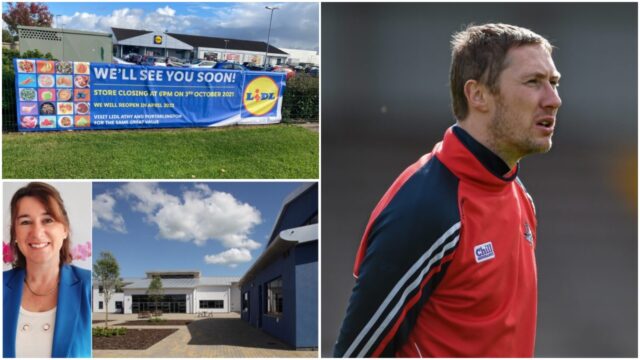 A former Laois footballer is set to be appointed as the new senior boss for the 2022 season.

LaoisToday understands that Billy Sheehan is to be recommended by the selection committee to take over from Mike Quirke for the coming year.

The third Team of the Week from Round 3 SFC and IFC action from 2021 is here.

We had six senior games, three intermediate games and a handful of Junior A games taking place over the weekend.

Mountrath Community School have welcomed new principal Kathryn O’Brien, who has been in the role since the new school term began last month.

A native of Clonmel in Tipperary, she has spent the last 22 years in CBS Thurles where she was principal for the past four years and deputy principal prior to that.

She says she is very excited to be part of Mountrath Community School and plans to continue with the great work achieved in the last few years under former principal Ms Siobhan McCarthy.

It was a massive weekend of football action last week.

Every match report from all of the games can be found above.

Two men were arrested and one has been charged following a terrifying ordeal that was inflected upon an elderly Laois man earlier this year.

Back in April, a house in the Stradbally area was broken into and was being occupied by an elderly gentleman.

A huge plan to upgrade a significant portion of Portlaoise is set to get underway next week.

A brand new pedestrian crossing as well as footpath and roadway upgrades are on the way as part of a €680,000 plan known as Fort Protector Phase 2 works.

Residents living along a busy Laois road fear that a ‘bad accident is inevitable’ unless steps are taken to combat speeding.

A petition has recently been drawn up and signed by the residents living on the R430 road, at Dromagh, Sallysbridge and Newtown in Crettyard.