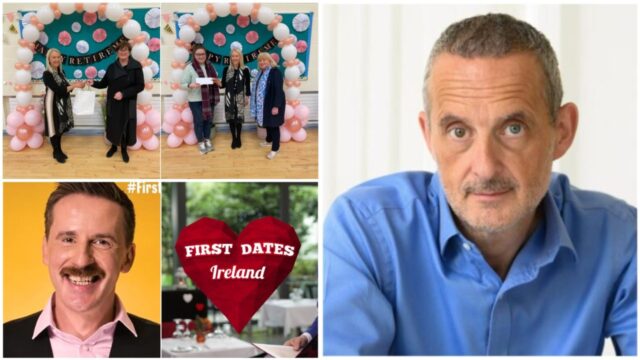 New Laois manager Billy Sheehan has added 21 players to the panel for the coming year – none of whom were part of the set up last year.

And all of them – bar Ballyfin’s James Finn – have not played a championship match for Laois before.

Former Limerick captain Gavin O’Mahony will be part of the Laois hurling backroom team under Cheddar Plunkett for the 2022 season.

O’Mahony, who captained Limerick to win the Division 2 National Hurling League title in 2011 and was on the team that won the Munster championship in 2013, has been confirmed as a selector/coach with Laois for the coming season.

He links up with Plunkett and Galway native Francis Forde who was part of the coaching setup with Laois last year.

The new season of First Dates Ireland got underway during the week – and a Laois man featured prominently.

Neil Kenna, who hails from Durrow in Laois, will be behind the bar throughout this year’s series.

He’ll be the one who will try to settle the nerves of the men and women who arrive to him and grab a drink before their date arrives.

Sympathies have been paid to a Laois TD and County Councillor following the passing of their beloved sister.

She died peacefully in the loving care of the nurses and staff at Peamount Health Care, Newcastle, Dublin and was formerly in the care of The Sisters of Charity, Navan Road, Dublin.

Gardai in Portlaoise are appealing for information after cash was stolen following a robbery from a house in the town.

The incident occurred at a house in Rossvale in Portlaoise on December 30 2021 (last Thursday).

The robbery took place between 5pm and 6pm on the day and a quantity of cash was stolen.

The recent World Darts championship on Sky Sports made for riveting viewing – and a selection of those will make their way to the Castle Arms in Durrow next month for a charity event in aid of Hero’s Aid (front line workers).

Covid restrictions permitted, the event will take place on Friday, February 18, at 7.30pm.

Two-time world PDC champion Gary Anderson (semi-finalist in the Ally Pally this week) and 2018 winner Rob Cross are the start attractions and will be joined by South African Devon Petersen and Brendan Dolan from Fermanagh who are also on the PDC circuit.

A Laois native has received an award from Queen Elizabeth II in the annual New Year’s Honours List in the UK.

Dr John Fingleton, who lives in London but is originally from Cullenagh, Ballyroan, has been made a Commander of the Order of the British Empire (CBE).

He received the accolade for his services to the economy and to innovation.

Just before Christmas, the management and staff of Finline Furniture were delighted to present commemorative gifts to some longstanding members of the company.

Three staff members were recognised for over 40 years of service – Ann Behan and brothers William Dunne and Michael ‘Sid’ Dunne.

Four staff members were recognised for over 20 years of service – Per Lowry, Helen Langford, Ciaran Donoghue and Sinead Kirwan.

TG4 have announced that, for the very first time, a Laois person will feature on their popular show Laochra Gael.

The definitive GAA sports series Laochra Gael returns to TG4 for another series starting on January 13.

And former Laois and Timahoe Ladies football Sue Ramsbottom on the third episode on January 27.

The staff and Board of Management of Emo National school finally got an opportunity to mark the retirement of Florence Fennelly who has been Deputy Principal of the school for the last 15 years and a staff member since 2002.

Florence retired earlier this year but Covid restrictions had intervened previously when a retirement get together had been organised.

Florence was congratulated on 36 years of service in the teaching profession, 18 of which were in Emo National School.