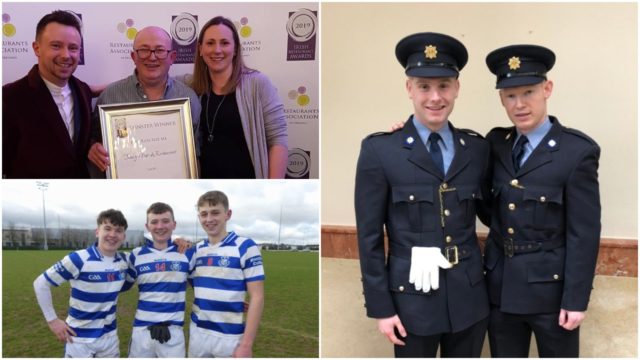 All five completed their Garda training in Templemore College this week

The top restaurants in Laois were announced at Irish Restaurant Awards

As it stands, Portlaoise has one of the highest rates of declared female candidates of any local election area in the country.

One objection remains to new Supermac’s project in Portlaoise

The new ‘Barack Obama-style’ plaza planned for Portlaoise is still awaiting the decision of An Bord Pleanala over whether or not it can proceed.

In Pictures: Wild celebrations as Knockbeg claim Leinster U-16 glory

Doheny to fight in O’Moore Park?

In Pictures: Wild celebrations as Knockbeg claim Leinster U-16 glory

For the first time in 16 years, Knockbeg College were crowned Leinster U-16 champions by defeating Martist of Athlone on Wednesday

The Harps Camogie club host Wax or Shave event in 2008

Tweets of the week

Parking in Portlaoise, cracking poetry and paying with pizza – it’s all in our Tweets of the week