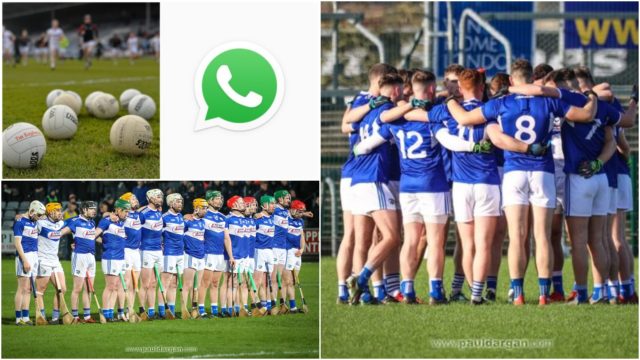 Live sporting action seems a dim and distant memory at this stage and there is nothing on the horizon for the next couple of months at least.

With the Coronavirus pandemic having changed life as we know it over the past six weeks ago, the sport that did take place this year seems a life time ago.

Here’s hoping there will be further live sport again before 2020 is out but in the meantime we look back on some of the dramatic moments this year.

The Laois footballers took on Roscommon in the opening round of their Allianz Football League Division 2 campaign in Dr Hyde Park on the last Sunday in January.

Coming into the new season Laois were one of the favourites for relegation while Roscommon, having been Connacht champions last year and in 2017.

In their first game under new manager Mike Quirke, Laois played well but as the game entered the 69th minute, they trailed 2-13 to 0-13. But a cracking injury time goal from Evan O’Carroll and a late equaliser from captain Kieran Lillis helped Laois to a draw.

? Evan O’Carroll scored an early contender for goal of the season as Laois staged last gasp comeback in Roscommon. Thanks to @CLGLaois for the footage. The #AllianzLeagues return this weekend, watch League Sunday on @RTE2 #rtegaa pic.twitter.com/7NkZgxjGvr

They would then go on to beat Armagh a week later with a fine performance before then losing at home to Cavan and Kildare either side of a hard-earned win away to Clare.

It meant with two games to go – both away, to Westmeath and Fermanagh – Laois still remained in the hunt for promotion but not clear of relegation prior to all games being postponed.

The GAA have stated it is their intention to complete the 2020 league – though when or how that is managed remains to be seen.

On the back of a memorable 2019 season, the Laois hurlers came into this season with a higher profile than usual.

Though there was disappointment over some players deciding not to commit, they competed well in all their Division 1 league games. 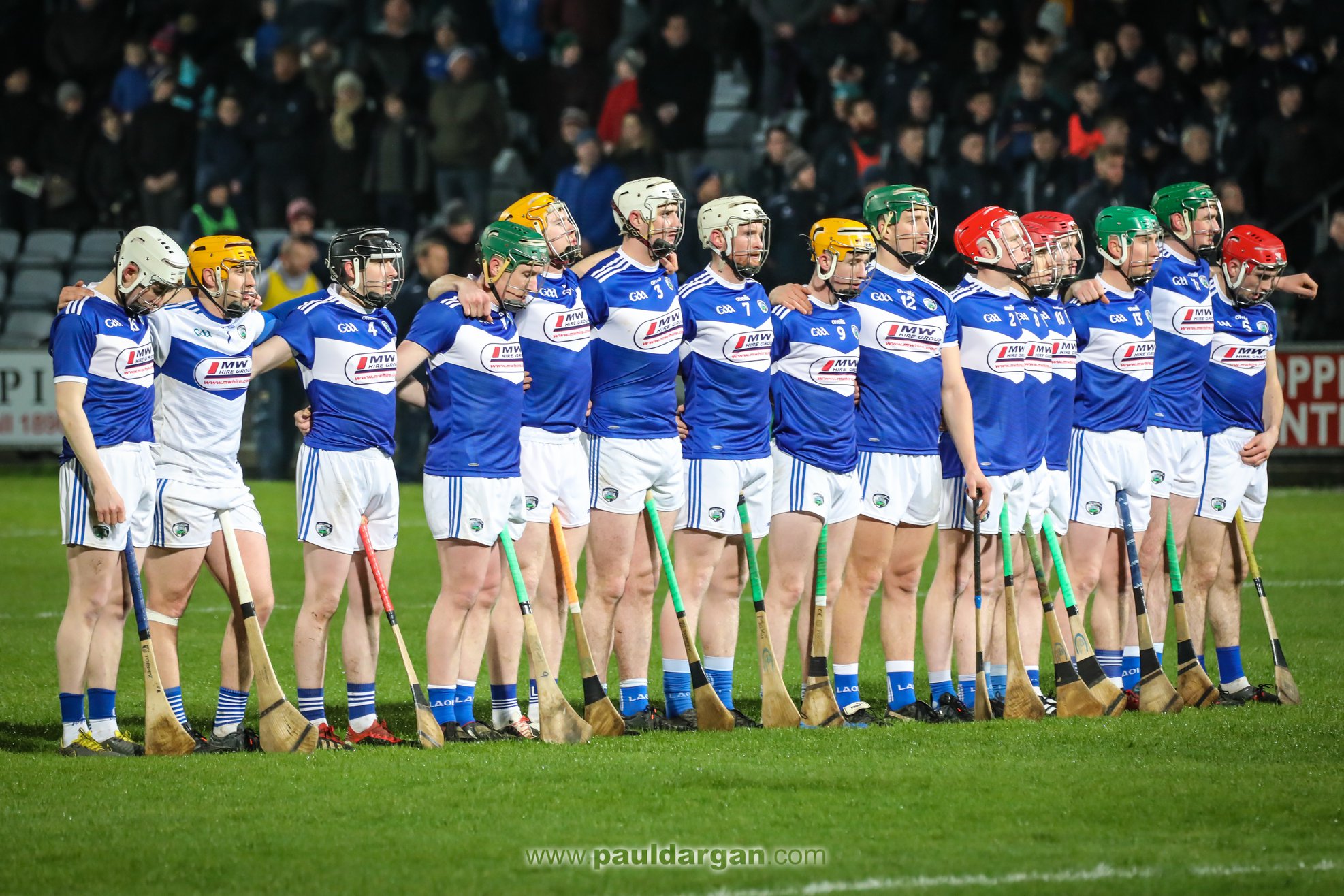 They did lose their opening three games to Wexford, Dublin and Clare though were competitive throughout and there was no massive beatings as had been a regular occurrence in recent years against the stronger teams.

The Clare game was played in horrific conditions in Cusack Park in Ennis when strangely it was given the go-ahead in an Orange weather warning despite games in Limerick and Galway on the same day being postponed. Laois were beaten by eight points in the end.

“I have played in a few bad matches but I don’t think I have experienced anything like that,” said Laois manager Eddie Brennan afterwards.

“There were lads inside just shaking with the cold and such with the elements … when you look at the way the hurling year is mapped out, by the first weekend in June potentially two teams in Leinster are finished for the year who were playing in gale force winds, sleet and snow. It doesn’t make sense logically.”

A week later Laois preserved their status by beating Carlow by a point in even worse conditions in MW Hire O’Moore Park.

The Portlaoise ground was hosting its fourth game in seven days and with heavy rain all week, the playing surface was badly cut up.

The underfoot conditions made it nearly impossible for any sort of fluid play and looked almost unsafe in many cases.

“You’d be disappointed (because) for me there’s no way that match should have gone ahead,” said Brennan when speaking to the media after the game.

“That pitch was in awful condition and I suppose I’d be somewhat apologetic to Carlow that we ended up playing the match like that.”

U-20 saga over senior players

This was a hot topic when the fixtures of the Laois senior and U-20 fixtures overlapped.

With the Laois U-20 footballers taking on Westmeath in the opening round of the Leinster championship on Saturday, February 15, and the seniors meeting Cavan in their re-fixed National Football League Division 2 game on the Sunday of the same weekend, it left Mark Barry and Sean O’Flynn in an awful position.

They weren’t permitted to play for the U-20s on the Saturday as they were needed by the seniors, something that went down like a lead balloon with those involved with the underage team.

Yet the weather Gods intervened and the U-20 game was postponed at short notice. The seniors then lost to Cavan on the Sunday and Barry turned out again the following night for the re-fixed U-20 game. O’Flynn missed that one due to an injury picked up with the seniors.

Laois would dramatically win that Wesmeath game on penalties with Barry scoring a penalty and playing a big part when he came on as a sub.

Both players then lined out in the U-20 semi-final win over Kildare just four days later and again in the Leinster final loss to Dublin, one of the last games played before the restrictions kicked in.

At the time it was a huge controversy and one that the GAA will have to allow for in the coming seasons.

We’ve all heard of poor turnout at training sessions but the Laois Camogie board really took the issue to a different level in January when they announced that county wouldn’t be fielding a team at all in 2020 because of “unavailability of players”.

“Following an Executive Meeting … it is with great regret that Laois Camogie are not in a position to field an Intermediate Team for the 2020 competitions due to unavailability of players,” they said in a statement in the first week in January.

“Laois Camogie would sincerely like to thank Kieran Delaney and his management team for their time, commitment and professionalism to date.

“Laois Camogie would also like to acknowledge the players who did commit but unfortunately there wasn’t enough to form a panel.”

Just like that it was decided that Laois wouldn’t play in league or championship in 2020.

There was no further comments on the record until three weeks later a solution was found and the national camogie association announced that Laois were back.

“We’ve just received word and Laois have confirmed to us that all is back on track and they planning to fulfil fixtures as originally scheduled.”

The league though consisted of just two games – with Laois losing narrowly away to Tipperary and then by a bigger margin away to Dublin. Their clash with Antrim was postponed because of the weather and was never played and the league has been cancelled because of the Coronavirus.

There is still hope that the inter-county championship can be played this year with Laois due to compete in the intermediate grade once again.

The Laois ladies football team were relegated from Division 2 of the league in 2019 and then endured a disappointing championship campaign having been Leinster intermediate champions in 2018.

A change of management saw former Laois footballer Donie Brennan take over and they had a mixed run of results in Division 3 before the entire league was cancelled.

A dramatic draw with Wicklow in the opening round was followed by a heavy defeat away to Roscommon.

They then beat Longford at home, lost away to Kildare and dug out a great win at home to Fermanagh.

Mo Nerney led the way for the most part with 1-8 against Wicklow, 2-8 against Roscommon and while she picked up an injury early on against Longford and missed the Kildare game entirely, she returned to shoot ten points against Fermanagh.

In her absence against Kildare Meaghan Dunne scored four goals and still unfortunately ended up on the losing side. 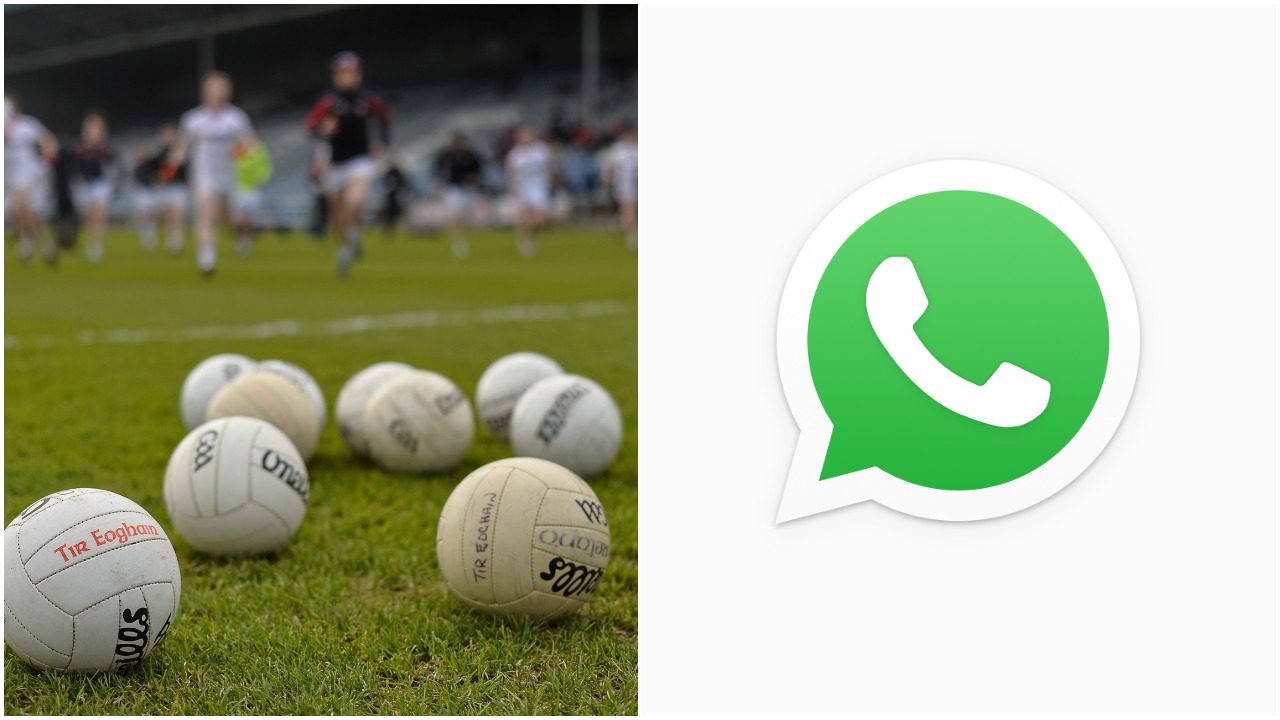 ‘You have to scrap WhatsApp’

We broke a story in late January that went national when Laois GAA clubs were told to stop using WhatsApp as a method of communication.

An issue with GDPR was cited as the reason with an official email from Laois GAA clubs stating that “the use of WhatsApp in an official capacity is not advisable”.

“Any contact, be it with parents of under 18’s or adults within the GAA community is to be completed by a club/county/committee in an official manner and the use of WhatsApp should therefore be terminated.

“All clubs and officials within Laois GAA should be made aware of this issue.”

Speaking at the monthly County Board meeting, Children’s Officer Seamus Lahart had a simple message for clubs.

He said: “I can’t stress it enough – you have to scrap WhatsApp.”

Local GDPR expert Hilary Costello explained that ‘Broadcast Lists’ are a workaround to the WhatsApp issue – though almost three months later most clubs still appear to be using the popular messaging service in the same way as always. 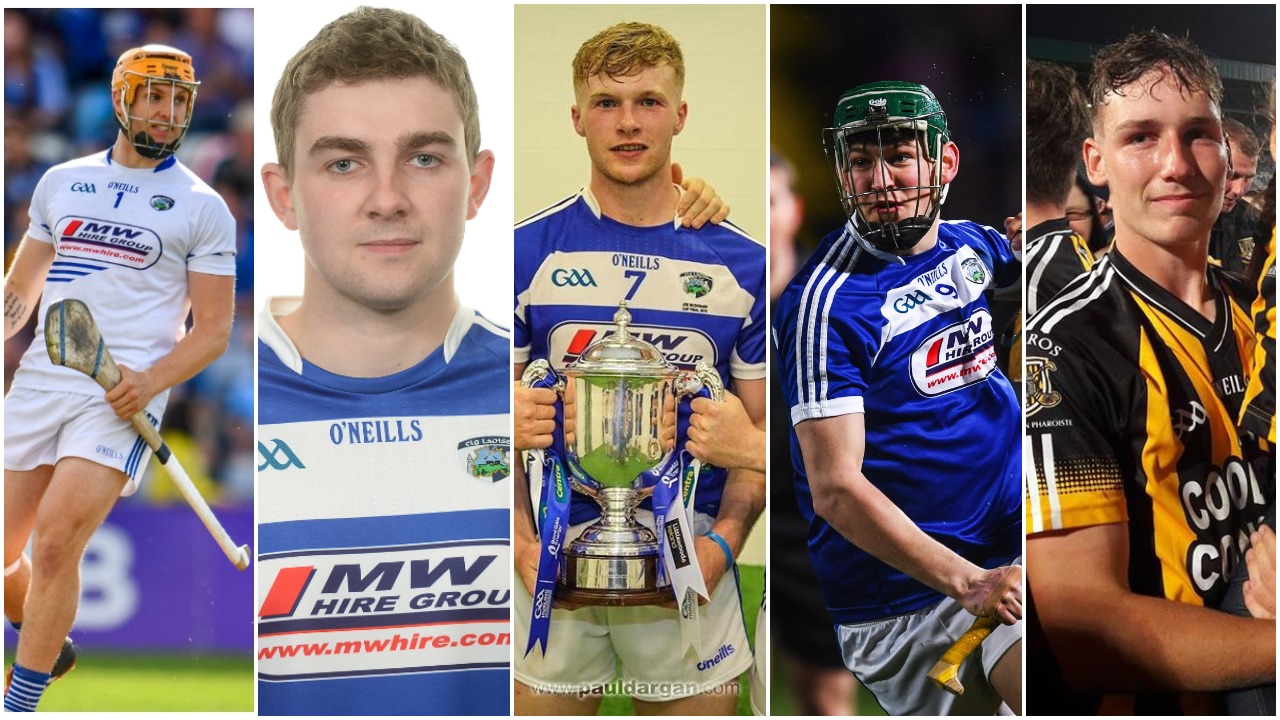 There was a time when IT Carlow didn’t even compete in the top tier of the 3rd level GAA competitions.

But in recent years they have been getting stronger and in 2020 they reached both the Sigerson and Fitzgibbon Cup finals.

They had been in the 2017 Fitzgibbon final previously but this year their footballers went all the way to their first Sigerson Cup decider under the management of Portlaoise’s Pat Critchley who was assisted by former Laois footballer and inter-county manager Pat Roe.

Laois senior footballer Trevor Collins from Graiguecullen was joined on the starting 15 by Richie Hitchcock from Park-Ratheniska and Evan Lowry from Killeshin and after wins over IT Tralee, champions UCC and Letterkenny IT, they then went down to DCU in the final.

A week later their hurlers were beaten in the Fitzgibbon final by a point by UCC.

Managed by Kilkenny legend DJ Carey they had a strong Laois representation.