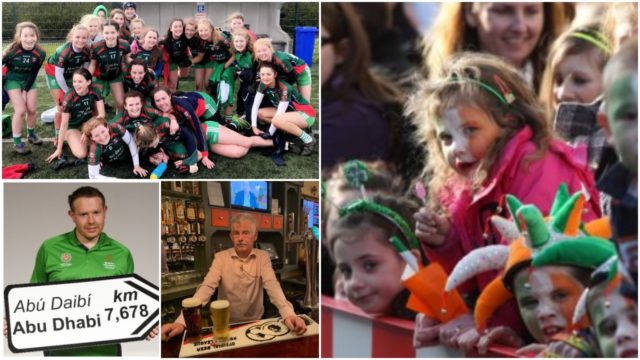 Laois family turning their tragedy into hope for others

An extended family from Laois are aiming to make a difference with a series of fundraisers for Pieta House after the death of a family member.

It’s the moment we’d all been waiting for, and on Wednesday it was announced that The Strokes, Florence and the Machine, Hozier and The 1975 are all headlining the festival.

€142,000 worth of illegal drugs found in Portlaoise

If you are going to open a new pub what better time to do so than in time for the St Patrick’s weekend national holiday.

There are sees of green, white and gold around the county for each of the parades on today.

For the occasion we drummed up a few articles:

Scoil Chríost Rí are through to the All-Ireland final

Laois man jets off to take part in the Special Olympics

O’Dempsey’s Meredith opened up about life Down Under, Laois football and dreams of being Peter Schmeichel

Tweets of the Week

Good health news, mad taxi drivers and finding fivers – it’s all in our Tweets of the week

Fr Paddy spoke about Lent being a time to embrace positivity